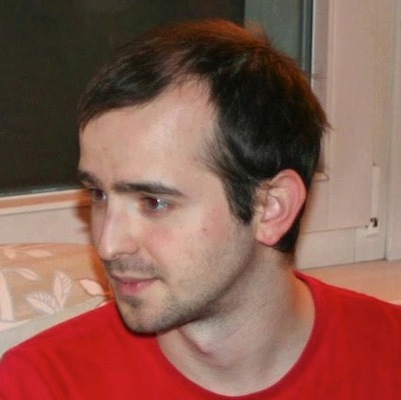 As I’ve mentioned in my previous post From Windows to App Store - Part 1/2, RandAll was the app I’ve made in my first week of learning Objective C. It’s basically a tool for generating random numbers, cards and dice.

I started charging for RandAll just because I was curious if anyone would pay for it. I ended up selling arc4random_uniform(10)+11 copies of the app every month (between 10 and 20). It’s not a lot of money, but money was never my motivation. For me it was cool that I was able to start making money that early with this super simple and half baked product made in one week and with no prior experience at all.

RandAll customers are usually people playing games or sports in real life. Paying customers mostly used the “Reorder” feature. It enables them to shuffle the order of participants within a game/sport.

The app was used more than 300k times with an average of 400 times a day, and that is all by this small group of people that actually bought the app.

Two weeks ago I’ve decided to update the app and surprise my dear customers. I’ve finally made it stretch across the iPhone 5+ screens and gave it a new flat design. I believe I’ve improved the user experience (UX) by putting most of the action buttons on the bottom of the screen to avoid having fingers cover the screen while using the app. Also, the navigation between features was moved from the bottom bar to a separate screen. That way it’s easier to add new features and have more screen real estate on each of the randomizer features.

With the new version of RandAll I wanted to get it on more mobile phones so it’s actually free to download. Most of the features are improved versions of the features from the old version, but I’ve also added a few extra features which are unlocked with a small in app purchase. With the new version I’ve made a promise to add a new feature for every 100 reviews/ratings ih hope of motivating people to give their feedback so RandAll could one day become THE randomizer app of the App Store :)

You can download the new version of RandAll and let me know what you think. I have a small list of features that will be rolled out in future updates, but I could use some fresh brain cells for more ideas.